Plot: A team of explorers travel through a wormhole in an attempt to find a potentially habitable planet that will sustain humanity.

Review: I was a bit worried going into Interstellar. One of its inspirations was 2001: A Space Odyssey a boring masterpiece. Added to that idea the film’s colour palette is rather grayscale, and with Inception (2010) it was noted that Nolan isn’t known for crafting beloved characters. I was thinking the near 3 hour film might bore me with the emotional payoff falling flat. I gave up on the film surprising me.

I haven’t written too many reviews lately. Apart from school pressures there hasn’t been a film that’s really provoked me enough to write a review. This movie will surely be one of the most talked about of the year and on a technical scale is even more masterful than last year’s Gravity (2013).

This movie surprised me and I enjoyed it way more than I expected. Much of the acting in the film really is quite bad in contrast to its breathtaking imagery sound and score but I was able to ignore it in the larger context of the film. Thanks to such ambition, the emotional aspects of the film can be circumvented if you simply focus in awe of whats in front of you and laugh away the rest. I know I did.

The love angle of the film; humanity trying to save itself with Matthew McConaughey’s relationship with his daughter the focus and Anne Hathaway’s relationship with a scientist second supplying their character motivations is very cheesy and hokey that in attempting to over blow the science of the film it falls flat. Jessica Chastain pulls out one of the few good performances in the film down on earth playing a scientist hoping to figure out how to save earth using gravitional lift. The scientific idea seems to require a leap of faith from audiences and from Chastain, and the director makes this seem plausible in part thanks to the actress’s engagement and not allowing the audience to dwell on it.

Peculiar for Nolan, unlike most of his films this does not easily demand a repeat viewing. It is certainly not boring as I had feared, but for a trip around the universe compressed into 3 hours, a marvelous wonder. Once is exhausting enough.

— *The Spoiler Alert from Space —

I wasn’t expecting people to die. Like Inception I imagined the conflict to be mostly internalized, or more natural. As physicist Neil Degrasse Tyson says in his tweet: “On another planet, around another star, in another part of the galaxy, two guys get into a fist fight.” Here the audience is surprised by Matt Damon’s performance as Dr. Mann. whose actions attempt to derail the mission and the film.

Faking the data of a habitable planet Dr. Mann to the tune of ominous music tries to kill McConaughey’s character so he can steal the pod to get home. The fact that the team is already there seems to eliminate the need for murderous misdeeds although one ought to assume the lead scientist on NASA’s mission wanted to abandon colonization Plan B and just get home. A more protracted reveal would have further dilated the 2 1/2 hour plot. A more creative twist however would’ve been welcomed rather than the lone survivor gone mad cliche.

Christopher Nolan despite having worked with great actors like DiCaprio and Bale does not seem to be a creative director or an actor’s director. His resume is mostly adaptation based where he recycles similar environments (the folding city phenomena from Inception similarly seen here on another planet) that are as dynamic as his visual compositions. As is his modus operandi Nolan reveals one idea in screen space at a time with the occasional cross-cutting to diminishing effect and that is where the film falls short of its 2001 ambitions.

Matt Damon out of everyone is the most affected by Nolan’s lack of dramatic chops. Having always been credible in anti-Bourne mode, however here he plays a pathetic dweeb scientist that elicits more eyerolls than menace by giving the worst performance of his career. The climactic cross-cut between him and Casey Affleck as McConaughey’s underdeveloped grown up son on earth is expected to provide the similar tension and is the plainest example of the director’s reach exceeding his grasp.

The funny thing is for matching the two plotlines you’re supposed to believe each threat is equally credible. In making Casey Affleck just as big a threat as Matt Damon is a mistake the audience laughs out of the theatre. Is he too going to murder someone? If this is true does it make Damon’s character look pathetic or Affleck’s character overtly creepy? The film manages to do both. They may both be from Boston but they don’t quite relate to each other in this film as well as the director intended.

Also during this film I learned that Nolan can’t cut a fight scene too well. The shadows and darkness of Batman along with training montages, and the rotating hallway sequence in Inception gave him advantages he does not have here. I understand that we are seeing a scientist and engineer fight as a symbol of the folly of man but the editing here is so incoherent by not giving a firm axis of action that it is hard for the audience to follow. ALRIGHT! ALRIGHT! Alright, I’m done. 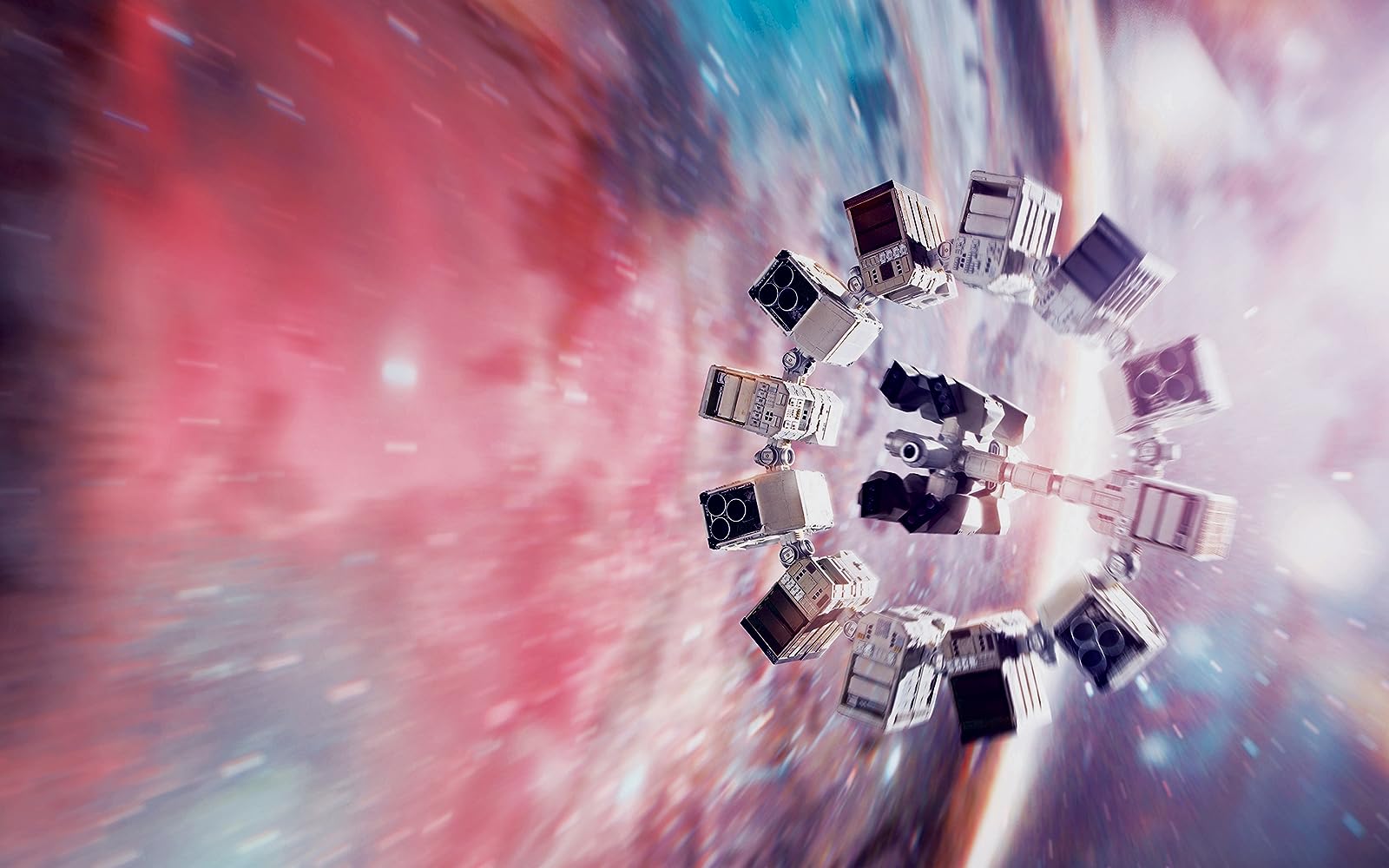 Trivia: (via IMDB and Wikipedia)

In creating the Wormhole and Blackhole effect each frame took around 100 hours to render and all told took up 800 terabytes of data.

Christopher Nolan grew his own corn for the cornfields having learned from producing Man of Steel this was feasible.

The special effects were created first then projected on a screen so that the actors wouldn’t have to act to Green Screen.

This is Christopher Nolan‘s first film since Following (1998) to not be filmed by cinematographer Wally Pfister, who was busy with his directorial debut Transcendence (2014). Nolan hired cinematographer Hoyte Van Hoytema to replace Pfister.

Wanting to get in on the Nolan action based on previous successes Warner Bros. handed over part of the rights to future Friday the 13th and South Park movies. Legendary Pictures also jumped in for co-financing 25%.