Season 1- The Louisiana Bayou / Season 2- Sunny California Coast
S1: Time is a flat circle/ S2: Sometimes your worst self… is your best self.
Cast 1: Matthew McConaughey and Woody Harrelson
Cast 2: Colin Farrell, Vince Vaughn, Rachel McAdams, and Taylor Kitsch
I do love when instead of retreading old material, follow ups do something different from their source material. Disappointing can at least be inspiring. True Detective from the outset was conceived as a mini-series. Although it stubbornly submitted itself to the Emmy’s as a TV drama series coming home half-handed, and Matthew McConaughey has come back on his initial statements about returning for another season, and in its most recent serving as an executive producer. It’s difficult to fold back onto what makes the show’s identity now that its completed two distinctly different stories.

The constants that remain; Nicolas Pizzolato lone distinct voice, T-Bone Burnett providing the score, an unwanted murder mystery that police turn private investigators try to solve. The comparisons stop there. One could argue each separate story uses environmental storytelling, the latter somewhat less effectively, as the characters are shaped and remain trapped by their surroundings. It is worth noting how Season 2 in an attempt to outgrow its shadow abuses local travel times while minimizing the road conversations that were peoples’ favourite aspects of True Detective. This is something the creator just doesn’t seem to get.

S1 is aided by the fact the pair of lead actors have worked together before. They established previous onscreen relationships in EDtv & Surfer Dude. Even though these relationships were rooted in comedy, the skilled actors know how to play both right off each other and at the right time. They are proactive and reactive. Season 2 by contrast has Rachel McAdams, who costarred once with Vince Vaughn in Wedding Crashers, and is (more than) friends with Taylor Kitsch in real life. As far as on-screen history goes there’s not much. Beyond that, the principal actors have diverse backgrounds as the season 1 players did but don’t playoff each other the same because they are all reactive, responding to the scene rather than creating it. Looking at the sit down 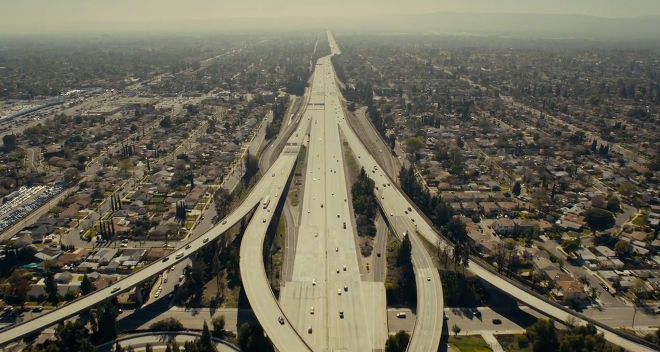 Season 2 of True Detective also has actors with similarly varied backgrounds rooted in Comedy. But not only do enough of them lack chemistry, they are all reactionary and aren’t given enough to playoff each other. Vince Vaughn’s Frank Semyon is kept away from the rest of the cast and is stuck to playing off Colin Farrell. My question is: How often do you see these actors create their own atmosphere, or own their own scenes? I’m not saying it doesn’t happen with the right tone, but Season two’s is a one note flat.

“World needs bad men. We keep the other bad men from the door.”
What I think was a key piece of distinction in the quality of episodes was the rotating panel of directors this time around. Guided by Cary Joji Fukanaga’s direction, all the episodes in Season One remain consistent from the secret occult history of the yellow king and the supernatural element of Rustin Cohle’s bizarre visions, the long take sequence at the end of episode 4 it’s all him. Season 2 starts off with Fast and Furious director Justin Lin, and then moves through a conveyor belt of Game of Thrones veterans and relative experts, but they lack the unity of a cohesive voice that made the first season feel like a long movie. Though often times very slow, and often times just as inconsistent as season two, you knew what you were watching served greater purpose. The pieces were part of a larger puzzle of peaks and valleys that somehow fit the Louisiana Bayou. Ironically, here though the puzzle pieces are constantly shifting like tectonic plates, it makes for a flat sprawling mess of California. Season two is a much more complicated piece that I think had actually gone on longer than 8 episodes, might have served the show better. But alas Pizzolato is one man and can only write so much.
What to say about Rachel McAdams and Taylor Kitsch. Fellow former Vancouverites are now dating in real life so they seemed to get more out of the show than we did. Kitsch who has had a string of critical and commercial failures following his successful stint on Friday Night Lights, and this adds another nail in the coffin. I think he can be used well, at times charming and other times charging with rage, the latter in his most affecting scene where he yells at his mom for stealing his money. It amounts to pettiness plot wise and therein lies Season Two’s biggest problem: It doesn’t know what to do with all this extra space. Besides impossibly driving around there are so many character beats and subplots that despite each lead handling, eh something it all reaches a dead end. 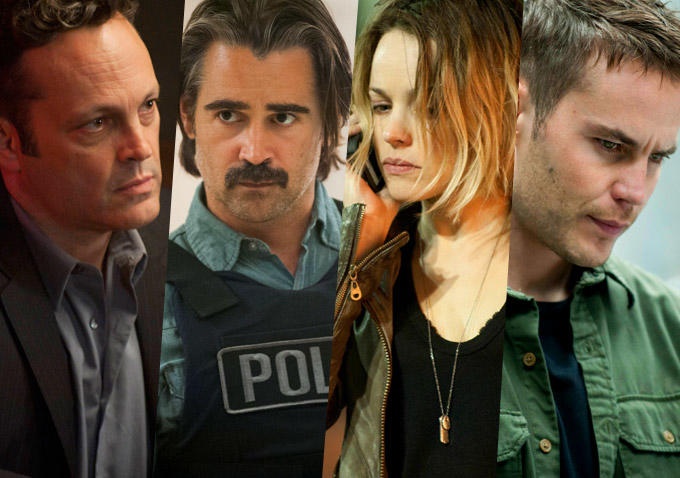 In the finale, the corruption is seen as too far spread and too wide. In season one, the trail gone cold provides a certain manageable perspective. With time being the defining factor. The focus blurs pieces together. Season 2 goes in all directions and more ambitiously comes up empty handed (despite the finale having one of the most generous running times in HBO history.) The difference is the characters are beaten in Season two and who/ what remains settles into a sort of draw. In the first installment our heroes bring themselves to the end of their rope having completed their jobs as True (to heart) Detectives. Tell me, does Ani Bezzerides seem like a character compelled to settle to you? I don’t buy it. 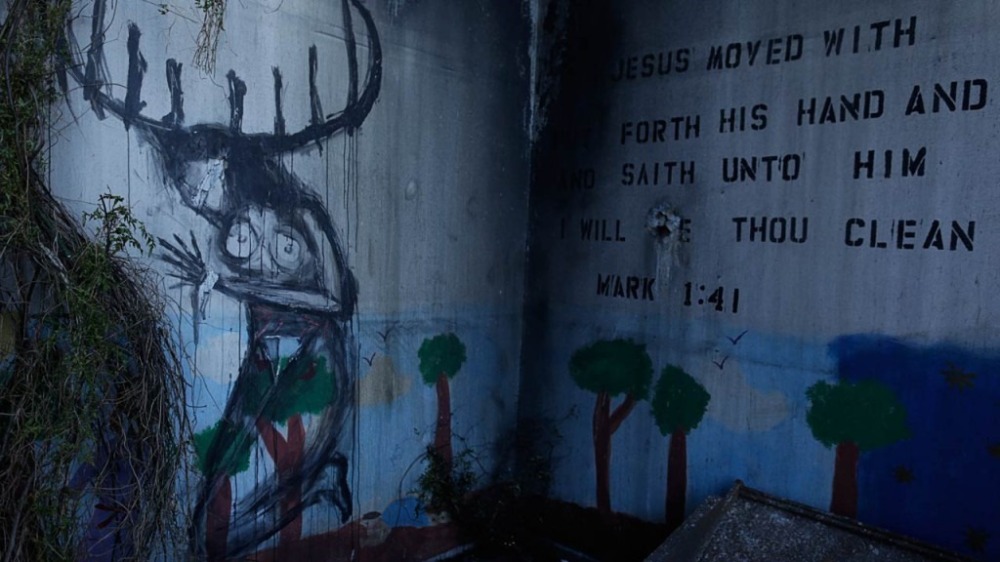 I think ghosts should’ve been a go-to supernatural element this season, with Ray Velcoro getting wounded and having more dreams or visions I think; presenting California in all its wide landscape as a ghost town would give it a flavour it so desperately needed. 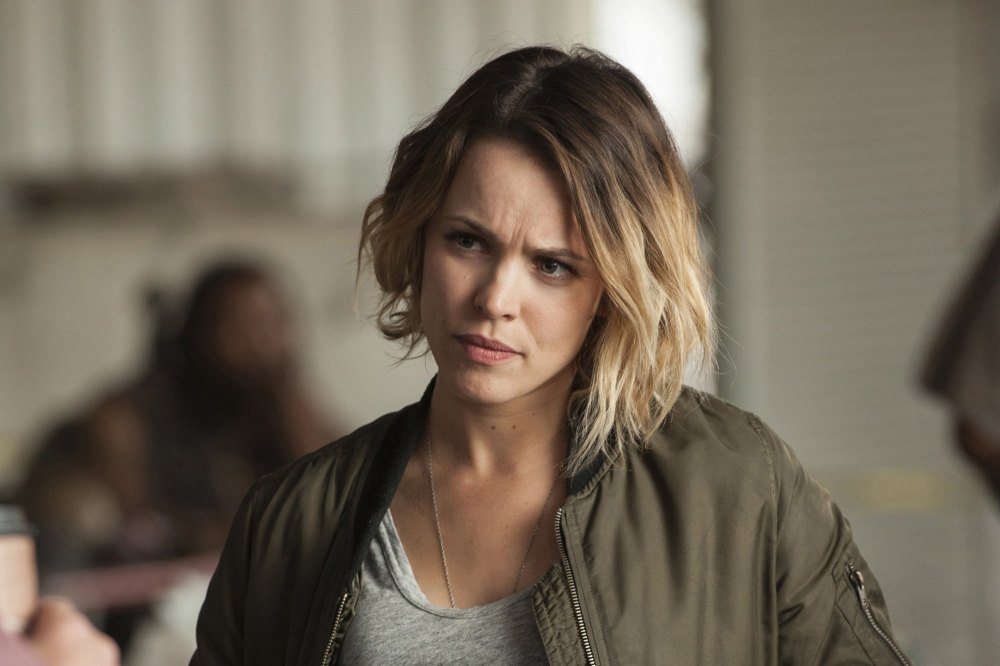 So what did True Detective do right in its second season? I for one thought the cast had some potential. Look how at ease a somewhat cast against type Vince Vaughn is in an episode 2 scene providing threatening roadside assistance. The cast’s individual contributions don’t float together and sporadically work at best (similar to the writing.) Yet no individual is a complete outright failure. That’s what happens when you hire talented people for the wrong job.