Collateral Beauty at the forefront is a dramatic film about coming to terms with the death of a child and trying to overcome it. Howard Inlet (Will Smith) was a joyful man and a head of an advertising company until his daughter died at age six. A few years later, he is still not over the tragedy and spends his time at work building domino structures not saying a word and on his own time writing letters to the universe but more specifically; Death, Love and Time.

One day, “the universe” answers his letters. First Death (Helen Mirren), then Time (Jacob Latimore), and lastly Love (Keira Knightley). They meet Howard on a few occasions each and, with the encouragement of a support group led by Madeleine (Naomie Harris), Howard opens up to them about his animosity and disappointment with them.

This movie reflects Will Smith’s friends as a guiding force to uplift and help him properly grieve for his daughter and subtly go through the five stages of grief. He goes through; Denial, anger, bargaining, depression and finally breaking down in tears and accepting the death of his daughter Olivia. 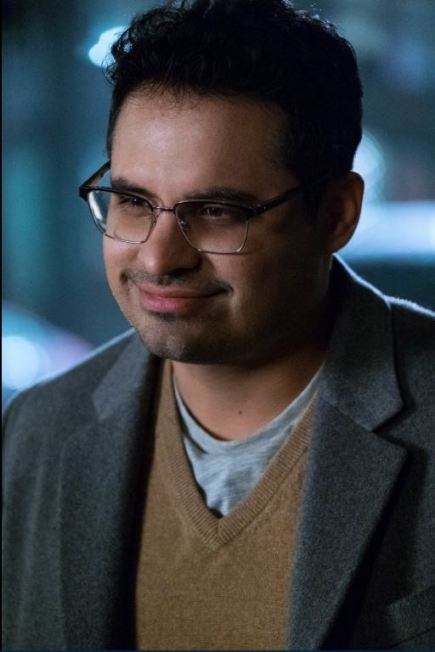 Universe opens the cosmos and helps out one individual in New York City grieve a loss. (I guess even the heavens can’t fix all of New York) The movie could have simply been an hour and a half episode of Touched By an Angel meets Pinocchio’s ethical treatment from Jiminy Cricket; wherein Howard’s friends start off by doing something morally wrong, but have a change of conscience with very little effort on their part because everything kind of worked out for them.

Collateral Beauty was itself beautiful where you felt a deep connection to the character progressions and their feelings as they go through life on-screen. At its core, it is about one man’s struggle with Death, Time and Love in a period of sadness, but on further inspection the movie showed that everyone is connected in some way through those elements. The musical score was well delivered, and the dialogue and interactions were marvelously done. The movie itself had a great group of actors and actresses that worked well together.

I recommend this movie to anyone feeling down about a loss or in a “feeling” mood that wants a movie to move them. 9/10