That was what my sister mentioned to me while I was playing the game. I have to admit I agreed with her despite not wanting to. It was weird. Should it have been?

Naughty Dog has actually been down a similar road before in smaller more intimate spin-off territory Last of Us DLC “Left Behind”, which more efficiently formed a memorable bond between two interracial female characters. Despite following the much darker series installment Uncharted 4 by the same directors of The Last of Us, Uncharted: The Lost Legacy doesn’t come close to cutting as deep as either of its predecessors despite plenty of opportunity, and that’s fine. Kind of.

One of the questions that popped up during this spin-off that I hadn’t thought of when I started playing is why Chloe Frazer, co-protagonist of Uncharted 2: Among Thieves [my favourite game of all time] is teaming up with Nadine Ross, the co-antagonist of Uncharted 4: A Thieves End. Nadine is a mercenary who has recently lost control of her private military group Shoreline for reasons that are hand-waved with a betrayal by her second in command ‘Orca’. I don’t know anything about him even after killing him and many of Nadine’s own former men. This happened despite Shoreline walking away with part of Avery’s treasure in the last game. The reason why good guy Chloe decided to team up with bad guy mercenary Nadine despite previous conflict with her associates does make her seem sly, I just wish this darker avenue of her character was explored rather than clichéd attempts to try and humanize her which are at odds with all of her killing. At least they keep the treasure in the end. It’s just sort of dumb the villain trades it for a giant bomb.

Her archaeological quest to follow in her father’s footsteps is a poor woman’s Tomb Raider ripoff.

I held off on playing this game because it is so expensive. Granted Uncharted 1 & 2 are among my top 10 games of all-time but considering this is paid DLC rather than an expansion the $50 price for 8 hours and mostly the same gameplay mechanics doesn’t quite feel worth it. Granted it is the best looking 8th generation video game so far though obviously not quite the same scale as Horizon Zero Dawn the India setting does look gorgeous.

The gameplay is less linear and smoother than previous games. I personally did not like the much-lauded Western Ghats level which bored me and killed the momentum for what should be a breezy adventure. As far as refinements go though the second go around of the Uncharted 2 train level was a thrilling finale combining it with the vehicle hopping and driving sections of previous games. The familiarity does make me yearn for the series’ more creative days under the stewardship of creative writer/ director Amy Hennig. 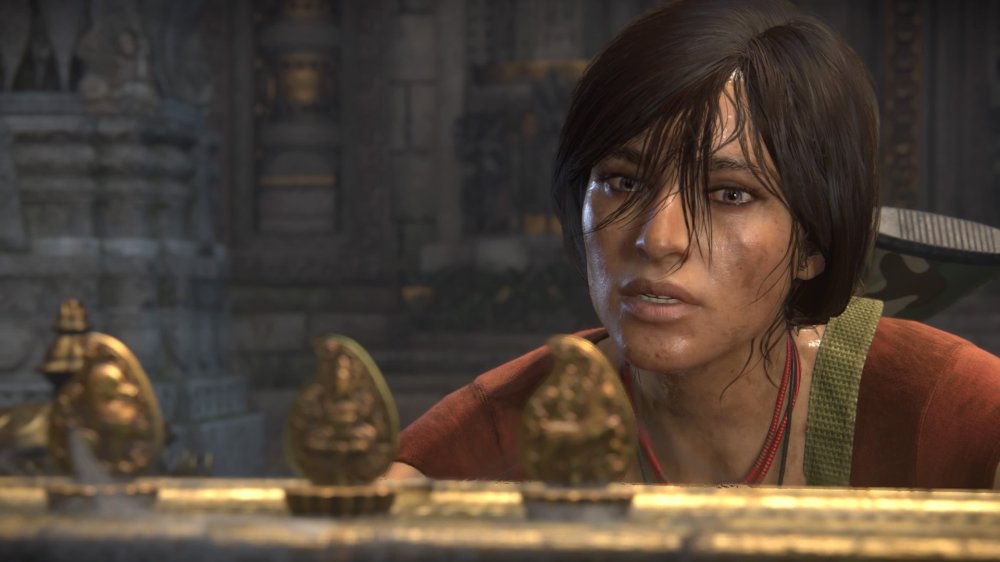 Another gripe I have with the game is in the fumbling of what would’ve been a classic the main antagonist. Asav is so underdeveloped he doesn’t even have a last name. On paper he is probably one of the best Uncharted villains despite less screen time. A racist warlord, less cartoonish and more believable than 2‘s heavy Lazaraveich. I don’t think I’ve ever met an Uncharted villain who is so immediately contemptible personality wise, as he carries an air of arrogance in every word he speaks, hats off to performer [Usman Ally]. The thing is, given how shady our protagonists themselves are, and one’s personal history with Asav (seriously Nadine would have been a much more interesting protagonist whereas Chloe’s subplot feels tacked-on) they seriously underestimate him. He’s a 6’0 240 lbs barrel chested rebel commando facing off against a PMC and a thief who is actively spying on him before they meet. Yet he’s supposed to somehow be unassuming because he wears glasses. Encounters where you fight him even briefly in one-on-one combat as Chloe are a bit too unbelievable it’s a wonder he doesn’t just kill her immediately with a significant height difference, being 100 lbs heavier and male trained in hand to hand combat seems a tad ridiculous. It’s escapism fantasy I know but Chloe is no Atomic Blonde. They could’ve subbed-in Nadine in there as she actually has some muscle definition and is a badass. 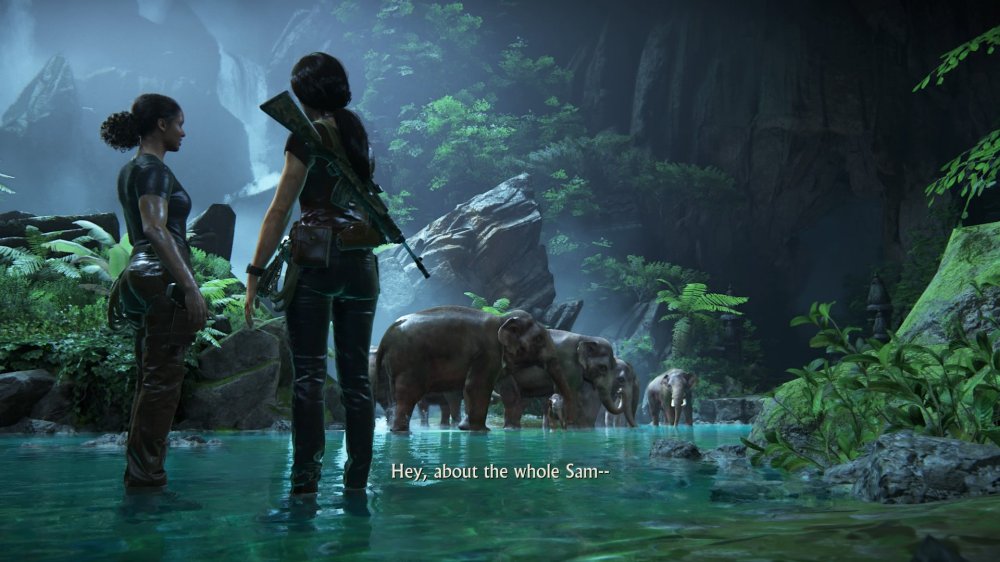 Wrap up: Due to their sterling reputation Uncharted: The Lost Legacy doesn’t hit the heights of Naughty Dog’s previous efforts. In a spin-off that asks too much of the consumer while failing to seize on its plot, characterization and pacing potential, its a odd step and their weakest effort so far. It also doesn’t play as well or is as much fun as Rise of the Tomb Raider. That said it’s still Uncharted and Naughty Dog after all, and that still means cutting edge visuals (this is the best looking console game), a few worthy tweaks to a great formula and meaningful if not impactful characters that are worth hanging around with. I look forward exploring the next Uncharted adventure with characters that I can farther unwind with.