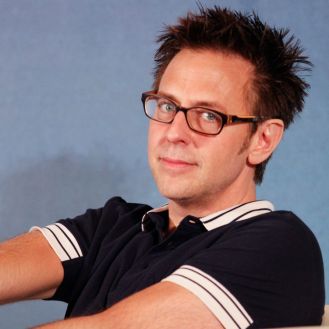 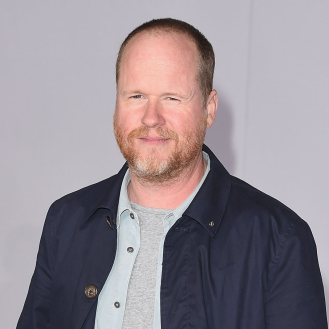 I remember when I was 14 seeing the movie Disturbia in theatres. Afterwards impressed I said to my dad, ‘I’m surprised that movie was so good since the director hadn’t really done anything before.’ ‘Well where do you think good experience comes from?’ These following directors came from backgrounds that don’t exactly suggest the perfect resume or choice for leading an ambitious film project, but they outdid themselves with good collaborators, key decisions and natural talent, hardwork and know-how (I assume). Hollywood often has trouble picking new directors for big projects, perhaps they can learn something from here by digging into their recent past. With one big exception from the early 21st Century, 5 of these 6 films were just made in the last 5 years. Some I have even reviewed myself.

Ava DuVernay for Selma: I haven’t seen any of her previous films, but mounting a biopic of the most influential leader of the civil rights movement drawing parallels to present times and making a progressive biopic is a tall order. The female director stood out with a number of brilliant directorial decisions and scenes. The bridge marching is particularly memorable as is its leadup as members of Martin Luther King’s congregation draw straws to see who will take the fall and lead a doomed march. Not calling the film Martin Luther King (or a variation of)  is particularly inspired as the film’s protagonist shares the name but remains and accessible human. That is because the film is less about one person, and about people and a movement. Not is that more key than in King’s relationship with his wife (who would give his name the holiday on which I saw this movie.) Before DuVernay came onto the project Coretta Scott King was reduced to an offscreen phone call but her attributes to the character’s importance is a decision that few directors may have thought of. I do not think any other director could have made a version of that movie better than her while as remaining accessible and perhaps in a few years understood as a classic.

James Wan for The Conjuring: One could even argue the monolith franchise The Fast and the Furious with the ‘Furious 7’ installment, we shall go but one step further back where Wan in 2013 known mostly as the Saw guy gets a proper budget for the first time and fashions an old fashioned haunted house horror ride that picks up all the tricks the director learned from his pulpy thriller Death Sentence (the long takes and ceaseless energy from his camerawork and characters) the guts of the Saw franchise and the atmosphere of Insidious. While learning from his mistakes on those films Wan prepares the audience for an almost deceptively simple delicately old-fashioned, beautifully filmed and actually decent written thrill-ride that will be a known classic in the years to come.

Brad Bird for Mission: Impossible – Ghost Protocol. The four-time Oscar nominee and two-time winner for his animated films and their screenplays (Ratatouille and The Incredibles), this director actually seemed a bit far from a sure thing, making his live action debut shooting on film– on location in Dubai with IMAX Cameras on top of the world’s tallest building. The film has the benefit of insurance in the form of the worldwide bankable (though at the time experiencing a domestic box-office downturn) A-List star Tom Cruise, who always guarantees a decent production-level quality, and who actually fired the original insurance company after they refused to cover him for the skyscraper stunt. Bird makes the perfect vehicle for Cruise’s onscreen proxy Ethan Hunt treating him to cartoon antics of mayhem that call to mind his earlier work on ‘The Incredibles’. Due to the films success of reviving the franchise and Cruise brand it was no small wonder Disney offered him to direct Star Wars: Episode VII.

Peter Jackson for The Lord of the Rings Trilogy: At the time genre filmmaker Peter Jackson was nominated for his original screenplay of Heavenly Creatures; an independent kiwi film that launched the career of Kate Winslet. The interest from that film had him under consideration to direct a Bond film, which was later turned away after Barbara Broccoli’s disinterest in his follow-up The Frighteners. After winning the movie rights he secured a last minute 3-film deal with New Line and made history. He worked on the film series from 1997 to 2004, four years before the first film released shooting and cutting concurrently raising the visual effects bar with each entry. The revered source material  J.R.R. Tolkien’s magnum opus and one of the most well regarded stories of all-time. The resulting film was of course landmark in long-form storytelling, for films, and live-action fantasy alike. A passionate fan of the series along with much of the cast and crew that was hired, the director had the home-field advantage of filming in his native land of New Zealand and continuously drew on his passion for strength and determination with strong support from his wife and partner Fran Walsh their fellow screenwriter Philipa Boyens and a committed cast: Notably legendary actor Christopher Lee, a close friend of Tolkiens and increasingly with each installment; actor and motion-capture artist Andy Serkis. The result is one of the greatest trilogies of all-time.

James Gunn for Guardians of the Galaxy: I dismissed the announcement of James Gunn as director of this Marvel film as Disney trying to get also-ran nerd cred picking an inexperienced director to do a major budget studio film that will provide little in the way of style a la Thor: The Dark World. Fortunately, despite having directed small disturbing and independent comedies like Slither and Super, his background as a writer as well on the Scooby-Doo series and Dawn of the Dead brought in just enough know how to balance family entertainment and ensemble. This maybe just as much of Marvel creative victory as it is for Gunn, but that’s hardly a detriment to the film’s success. His inspired choice of a retro 70’s and 80’s soundtrack made the film stand out as a fun and funny outer space superhero romp when moviegoers needed the adventure and because of that inescapable sense of fun built from such a solid production it became a hilarious hit.

Joss Whedon for The Avengers: This was a BIG project. And they gave it to a guy who had directed one movie before that was a financial bomb. That’s Hollywood for ya. What they noticed in that film was that its creator, longtime showrunner Joss Whedon was known for crafting beloved characters, and that was one of the most important parts of the film’s success. There wasn’t an exact blueprint for how this film should develop. There was a buildup of plot devices from variously successful films that each influenced the amount of screen time a character has and served to one major movie, but what does that build to? And what does that look like? These characters held their own in their own movies, so how could their be room? Balancing such a big ensemble with big money Joss Whedon brought these characters together and in conflict and wrote it with his signature in a way that made sense. In its best scene onboard a helicarrier our heroes are arguing with one another in a way that makes sense to their characters and builds tension because you know what kind of damage these people are capable of dealing with. This film was likely the product of inspiration from ‘the lord of the rings trilogy’ with an even longer endgame and for better and for worse affirming a never-ending cavalcade of franchise spinoffs, universes and copycats to come.